Why did you decide you want to travel 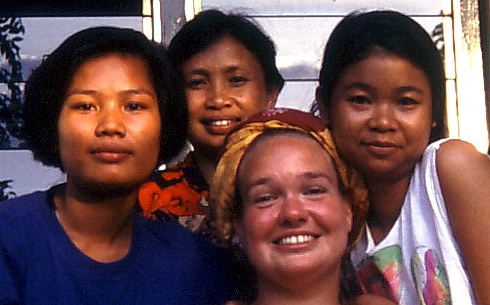 Why did you decide you want to travel

Last week I was contacted by Agnieszka Kujawa from Gdańsk in Poland. She wrote me that she is studying Scandinavian Studies at the University in Gdańsk. This year she will be doing her master’s degree and she is going to write about Scandinavian travelers now and then. She would like to write about Nansen and Amundsen  and she was also looking for modern Scandinavian travelers, so she asked me if I would help her by answering a questionnaire? I thought it sounded interesting and of course I agreed.
With Agnieszka’s permission I’ve published the interview:

I think I was born as a traveler. It has never been a question whether I wanted to travel or not I have traveled since I was less than a year old. Later I was driven by my curiosity and it has always taken me around the next corner.

It’s difficult to tell what’s the most important about traveling. For me it’s a mix of meeting different cultures and having the freedom to explore new places. To get smarter and get new and more knowledge. 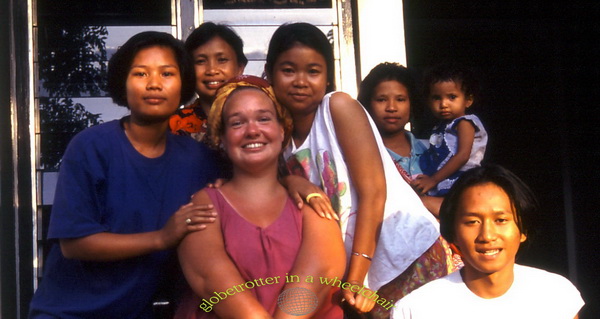 Solely outside of Europe, I have traveled for more than six ye
ars. Therefore it’s very difficult to pinpoint one thing being my biggest adventure or my favorite thing. My favorite travel time was my two year journey. When you travel two years’, time makes no difference and you can focus on traveling and forget about regular schedules. My meet with the mother in law in the family in Kazakhstan where we stayed for a week was pretty amazing. She didn’t speak a word of English so we communicated in Russian and Danish and we understood each other. It didn’t matter we couldn’t speak each other languages we understood. It tells me you can communicate and make friendships across borders no matter what language you speak and where you come from. Waking up one morning after sleeping on a bench at a railway station all night, an old, obviously poor lady came over took her bread out and gave us half. We didn’t have any money in the local currency because we only arrived the night before. We tried to give her some US $ but she refused. That told me you shouldn’t invest in money but in people.

Today anybody can become a traveler, if you have the means and opportunity and everybody can be a travel blogger. In my eyes you are a real traveler when you travel with respect. That means travel with your eyes and your ears open. Try to learn when you travel instead of being judgmental or the know it all type. If you know everything then what is the point of traveling and you might as well have stayed home. You need to forget your ego and yourself and try to learn instead of judging or jump to conclusions. To me the most important thing a traveler should bring on a journey is respect and your curiosity.

Oh yes quite a few. Roald Engelbregt Gravning Amundsen (July 16, 1872 – June 18, 1928) a Norwegian polar explorer. Known for having found the Northwest Passage, and to lead the expedition that first reached the South Pole. Fridtjof Wedel-Jarlsberg Nansen (October 10, 1861 – May 13, 1930) – a Norwegian polar traveler, explorer, diplomat and scientist. In 1888 he led the first expedition who managed to cross the Greenland ice cap. – Knud Johan Victor Rasmussen (June 7, 1879 – December 21, 1933) – A Danish / Greenlandic polar explorer who explored Greenland on several expeditions. – Thor Heyerdahl (October 6, 1914 -18. April 2002) an experimental archaeologist, writer and adventurer, originally marine biologist and with great interest in anthropology. – Freddy Wulf – a Danish backpacker from the 70s. A hunter and an explorer. – Bettina Aller – a Danish woman, who is probably best known for her traveling to the North Pole. – Nina and Hjalte Tin Rasmussen – Danish adventurer who combine family, work and adventure. They have traveled around the world several times with children on a motorcycle. Nina has traveled alone in Iran, traveled in Carsten Niebuhr’s footsteps in Yemen and visited all the other countries in the Middle East. She has traveled to Saudi Arabia to make a pilgrimage, which required a conversion to Islam. – Jacob Holdt – a Danish photographer and lecturer known for his book and lectures American Images. – Lene Gammelgaard is also a Dane, and she is probably best known as a mountaineer. … among others.

Besides from being a globetrotter I am also an artist. I do acrylic, graphic or digital art and I do exhibitions in Denmark and other countries.

Yes I feel I am an inspiration to other people. Whenever I can I go to schools, organizations etc. to give lectures about taking control of your life even if you are in a wheelchair. It’s not necessarily poor people I try to inspire. People with a handicap living in an institution often sees them self as not being able to do anything. Being in an institution makes people separated from the outside and they may think that they’re not part of the regular world. I try to make people realize it’s your job to make something of your life. You cannot expect anybody else to live your life for you or to decide what your dream is or to fulfill it.

I absolutely do not think traveling is just about crossing borders. We all have our own limits and fears. When you travel you get to know these limits and fears because you are not surrounded by familiar faces and environments. When traveling you push those limits and grow as a human being. You have the opportunity to grove respect for the people and for all the cultures when you travel.

Since I’m a Dane, I have heard H. C. Anderson’s wonderful stories since I was a little girl and I think it’s a wonderful proverb, but somehow it has become too worn, and common property. For me I definitively live when I travel but I also see a lot of people who travel who see them self as “the new real traveler” and tend to forget that the very same spot right under their feet have been trotted many times before, by previous travelers and not to forget the locals. Just the other day I read a sentence from a traveler being in a remote village: the people living here do not know the modern world’s worries. I was actually horrified. It was as if the village was cut off from the rest of the world being only poor and nothing else. I think that’s a pretty fast conclusion to jump to. Probably too fast a conclusion and in many ways degrading.

I was very humble when I received The Egholm Award. I’m not sure it changed anything in my life but it made me think that what I’m doing is the right thing to do and it makes me keep doing what I’m doing. I’m trying to be a smarter and better person to help people with handicaps to take charge of their lives to fulfill their dreams whether it’s traveling or something else entirely.