Here’s a list with dry data – cool facts, or a little statistics of our traveling – I am writing our traveling because I did the most of my traveling with my husband.

I should mention that we travel slow. We like to feel the atmosphere and sense the places we’re traveling to.
For us it’s not a race around the world or about counting countries.
We travel because it’s in our veins to travel and to get to know other cultures and history.

My latest (not visited before) country: Chile in 2014

Number of countries and territories I visited: 78 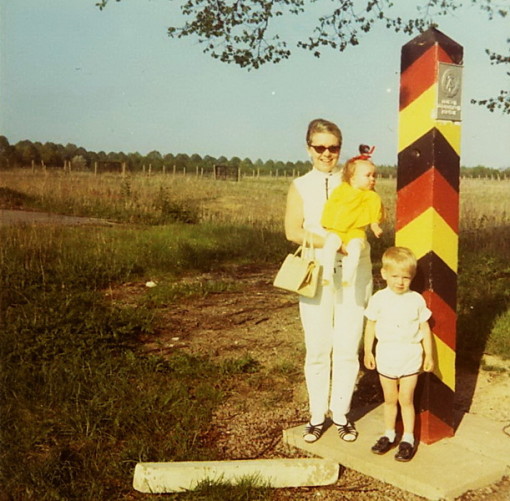 1970 at border to Eastern Germany

Create your own visited countries map or check out the JavaScript Charts.

Number of cars we bought: 3

Number of times we ran out of gas: 2

Number of times we got robbed: 2

Number of cameras we lost, (either stolen or forgotten): 4

Number of times we had to bribe the police: 0

Number of times we cleared out a bank for money: 1

Number of times with malaria: 1 each

Number of times with dengue fever: 1

Number of times with salmonellae: 1 each

Number of flights, (long-distance flights back and forth are counted as one): 99

Number of train trips, (we are not talking subways ;): 50

In 2009 I received Egholm Award from Travellers Club of Denmark.
Egholm Prize is awarded to spread the desire to travel and spread information about travel, foreign countries and cultures.