The Kingdom in the Sky 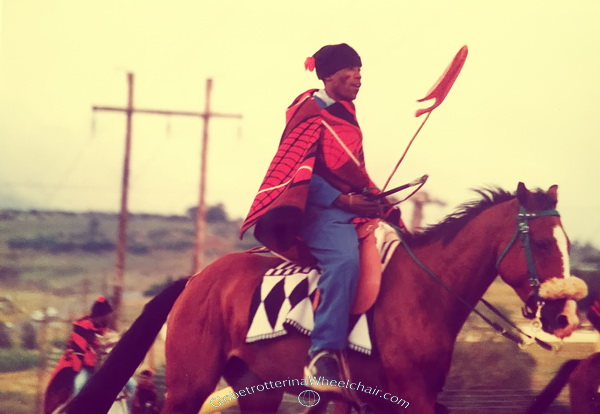 The Kingdom in the Sky

When arriving to Lesotho we quite often hear the word “Lumela”, meaning hello from tall proud men and smiling women.

It was easy to feel, hear and see the difference coming from South Africa.
This was in 2000 and even though Apartheid had ended years before, it was obvious not in everybody’s favor.

It was in February 1990 President FW de Klerk announced Nelson Mandela’s release and slowly began the dismantling of the Apartheid system. In 1992 a whites-only referendum approved the reform process. In April 1994 the first democratic elections were held in South Africa, with people of all races being able to vote. And yet in 2000 we experienced many sad episodes proving the apartheid era had still not completely come to an end. To my knowledge it has unfortunately not improved much.

It was a breath of fresh air coming to Lesotho. Nobody referred to Dieter as Master, (as many did in South Africa!). Here the people looked you in the eyes when talking to you, not feeling they had to demeaning themselves to be less than you because of the skin color. It was liberating to be able to talk to the locals as the people they were, and not as some people think they should be.

Habitually the Sotho-speaking men and women of Lesotho wear the wool Basotho blanket as a cloak. The careful selection of color and pattern allows for individual expression.
The means of transport in Lesotho is often the Basotho pony and each time we passed a horseman, the hand was raised for greetings. 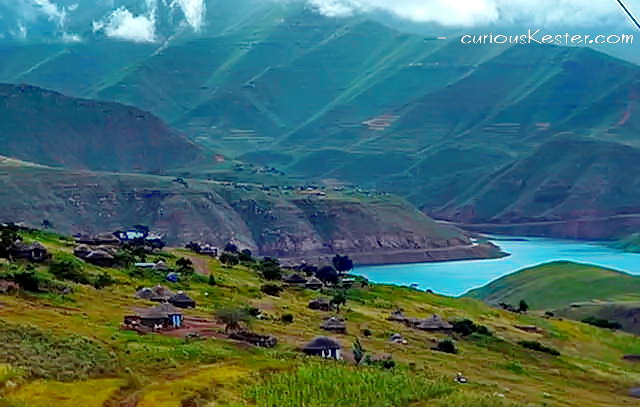 The African mountain Kingdom of Lesotho is also known as the Kingdom in the Sky or the Roof of Africa, as the entire country lies 1000 m above sea level (the only country to be entirely above 1000 m!) and includes Thabana-Ntlenyana, which at 3482 m is the highest peak in Africa south of Kilimanjaro. It also has the highest lowest point of any country in the world (1400 m).

Lesotho translates roughly into “the land of the people who speak Sotho”. It was originally inhabited by the Bushmen who roamed southern Africa.
During the 1700s and 1800s, tribal wars in southern Africa wiped out many tribes. Survivors of these wars fled into the highlands of what is now Lesotho, under the leadership of an African chief named Moshoeshoe.

Founder of the Basotho Nation

King Moshoeshoe I (1786-1870) unified the Sotho-speaking inhabitants into a nation in the early 1800s. During the middle of the 1800s, the Basotho nation lost much of its territory to the Boers in a series of wars. Moshoeshoe appealed to Great Britain for protection and the remaining area became a British protectorate.

In 1966 the nation gained independence. The constitutional monarchy of Lesotho was established.
King Moshoeshoe II (born Constantine Bereng Seeiso), great-grandson of Moshoeshoe I, was installed as king and head of state until his death in 1996. Today Letsie III (born David Mohato Bereng Seeiso) is the reigning king of beautiful Lesotho.