The charm of Suchitoto 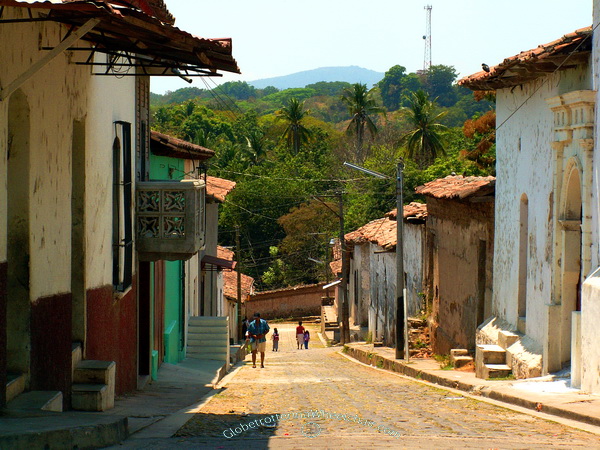 The charm of Suchitoto

There is a certain magic flickering in the air when passing the one story houses with tiled roofs through the cobbled stone streets of Suchitoto. The charm of Suchitoto is easy to spot.

You will find no glimmering lights or fancy cafes but beautiful old colonial houses and the most charming church, Santa Lucia from 1850.
The post-colonial architectural pearl is  at the central square and  known throughout the country.

Nevertheless the city has a variety of cultural activities such as art galleries, cultural centers, and handicrafts.

Suchitoto was founded by the Pipil more than 1000 years ago.

The name of the Pipil’s comes from Pipiltzin meaning (of elite and noble Toltec origin), or also Cuzcatecs because they were from the Cuzcatan kingdom, are an indigenous people of a powerful, progressive and sophisticated Mesoamerican civilization who live in western El Salvador in a kingdom which they called Cuzcatlán or Señorío of Cuzcatlán.

Their language is called Nahuatl or Pipil, related to the Toltec people of the Nahuatl Nation. Indication from archeology and ethno history also supports the southward dispersal thesis, especially which speakers of early Nahuatl languages migrated from northern Mexican deserts into central Mexico in several waves.
Yet, in general, their mythology is more closely linked to the mythology of the Maya peoples who are their near neighbors and by verbal tradition said to have been adopted by Ch’orti’ and Poqomam Mayan people during the pipil exodus in the 9th century CE, led by Topiltzin Quetzalcoatl.

In Nahuatl, the name Suchitoto means, “Place of Flower Bird”.

The town was almost completely deserted in the early 1990s after 12 years of civil war which affected the region severely.