Old Havana are the core of city 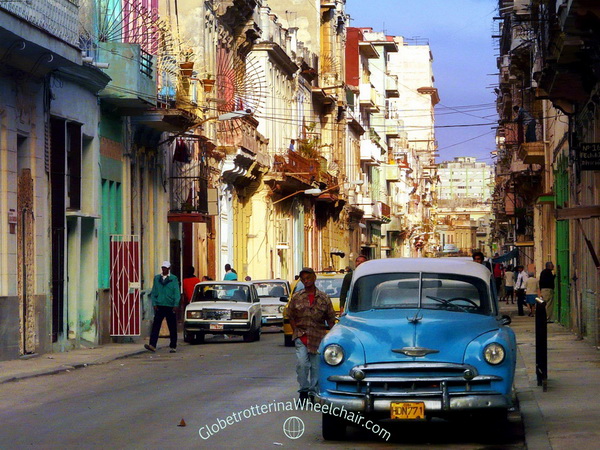 Old Havana are the core of city

Old Havana, (La Habana Vieja in Spanish), are the core of the original city of Havana, with more than 2,000 hectares it exhibits almost all the Western architectural styles seen in the New World.

La Habana Vieja was founded by the Spanish in 1519 in the natural harbor of the Bay of Havana.
It became a stopping point for the treasure laden Spanish Galleons on the crossing between the New World and the Old World.
In the 17th century it was one of the main shipbuilding centers.
The city was built in baroque and neoclassical style.

Havana now, is the city with crumbling yet irresistible colorful baroque buildings.
The air is thick from the vintage American cars, the Cuban music and Ché have all become the symbols of postcard Havana.

The city has long been a popular attraction for tourists.
Between 1915 and 1930, Havana hosted more tourists than any other location in the Caribbean – A magnificent beautiful city, a lovely spot for the photographer.

The conflict between Cuba and USA apparently started when the American Embassy was accused by Fidel Castro of induce intrigues against him.
He ordered the staff to be dismissed in 1960, causing Eisenhower to break any diplomatic relationship. It was later to be known of the CIA coordinated Bay of Pigs invasion, in April 1961, under President John F. Kennedy, followed by the missile crisis in October 1962.

During the economic embargo, Americans were permitted to travel to Cuba only for specific grounds, such as religious, journalistic, educational, cultural or humanitarian activities.
With new rules, which came into effect a couple a weeks ago, (January 16.) Americans who qualify from the above reasons, no longer have to apply for a certificate before traveling.
It’s all made with the intention to restore diplomatic correlations between the United States and Cuba.

I do hope Cuba will be ready to deal with the many tourist to come.. as I have read it, it could be about half a million visit from USA a year (80 % of these Cuban-Americans).

Dieter and I were in Cuba for three weeks and stayed with wonderful people all over Cuba. People were poor no doubt about it. In the stores, the shelves were empty. The people had so little and yet they acted if they had everything.
The Cubans are warm, full of music, openhearted and wonderful people. If you haven’t been — go!

— do you have a favorite country?