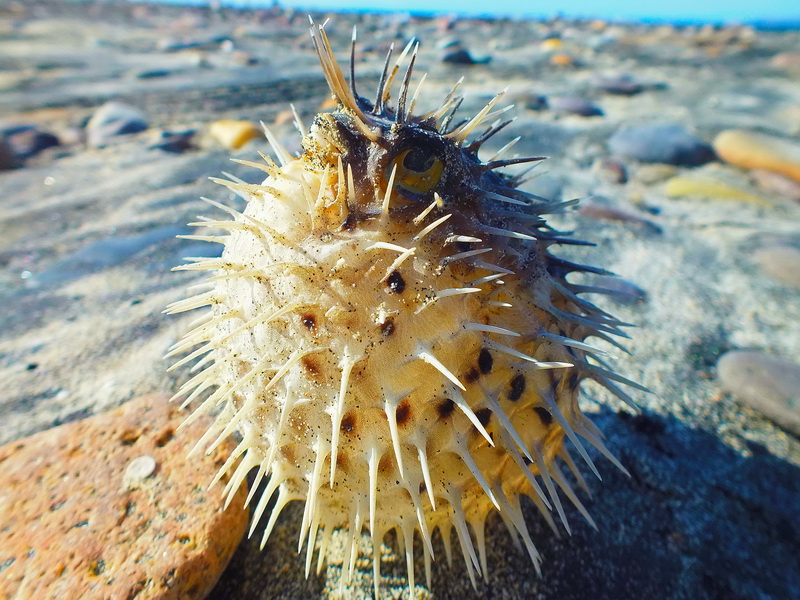 Dieter and I gets a cup of coffee at the Malecón in La Paz in México.

The Malecón is the waterfront, and the one in La Paz is quite spectacular. You can read more about that in my upcoming post.

While Dieter fetch the coffee, I wait at the table outside.
Enjoying the afternoon sun and looking forward to my coffee, I spot a notice in the window of the coffee shop that advertises helicopter rides over La Paz for 250 pesos.
T H A T  is unbelievable cheap, and the best part is;  I  L O V E  helicopter rides. I’ve always had the feeling that if I did not have my handicap; I’m sure I would have been a pilot, and gladly a helicopter pilot. The second best thing must be to take as many trips as possible, and I’m working on it!
When Dieter is back with the coffee, I show him the notice and suggest we go for a ride. Dieter thinks it’s a great idea!
Two minutes later, our lips had barely touched the coffee; when a helicopter is flying over the Malecón, and land almost in front of us at the grand pier.
I immediately suggest that we take our coffee with us and run to the pier; I want to ask the pilot when and if we can fly, and see how easy it is for me to get into the helicopter. It’s just what we do!
Dieter and I greet the pilot Brian, and ask if we can see inside the helicopter, if I can get in.
Brian agrees immediately and let us through the locked gate, that blocks the tip of the pier and where the helicopter is.
It appears to be reasonable and Dieter and I agree that it will be fine for me to get inside.
Brian asks if we want to fly immediately. We are both thrilled; for sure we would love that!
With the help from Brian; Dieter easily gets me into the helicopter, and soon we are ready with camera, headset and full of expectation.

It’s the smallest helicopter we have ever flown, and as soon as we take off you can feel that it was incredibly light and quick, lively and maneuverable.  I  L O V E  I T ! !
We rise into the air in a split second, and hovering over the beautiful La Paz as a rowdy and noisy bird.
La Paz looks wonderful, and it is obvious why you would fall in love with the city. On one side of the city is the desert with open arms, where your eye can wander endlessly, on the other the turquoise sea that is opening her womb. La Paz was safe and well, having a good time under the sun’s warm rays.
The trip is wonderful, and I can do this over and over and over and.. 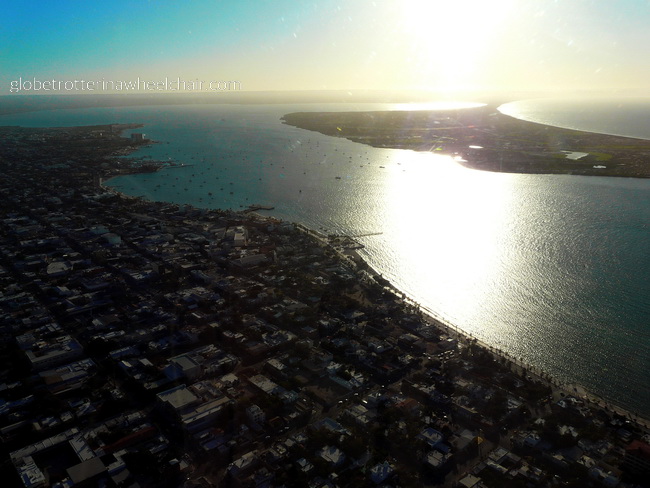 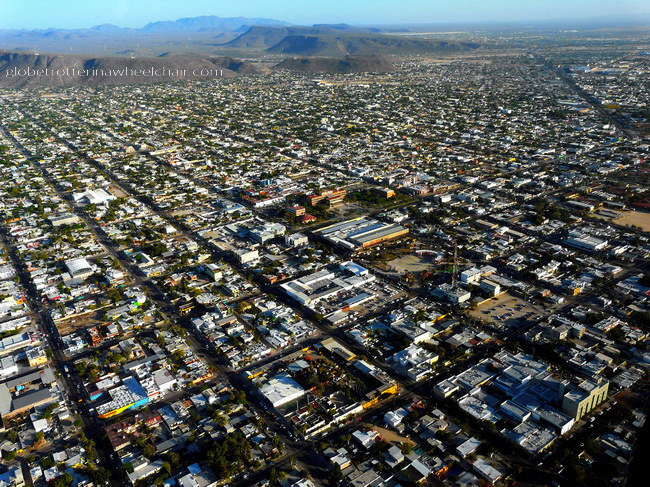 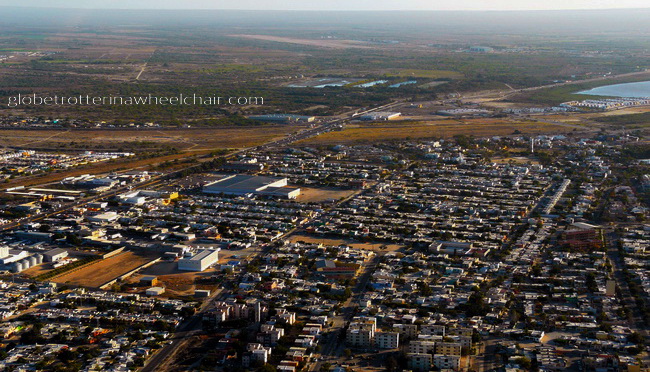 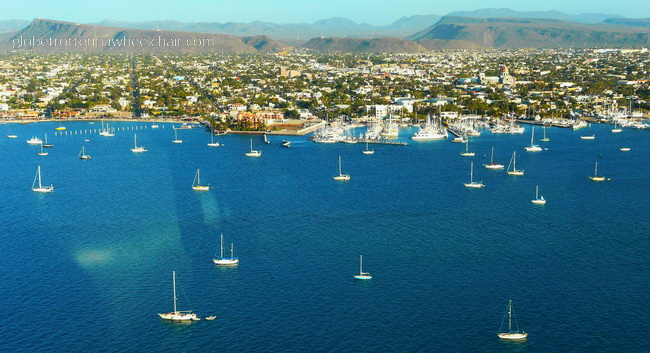 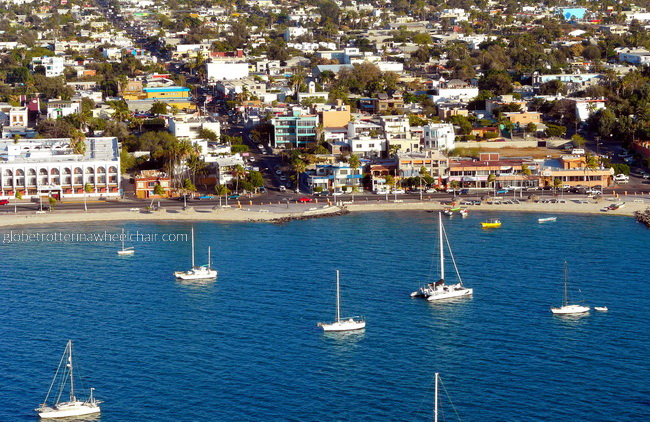 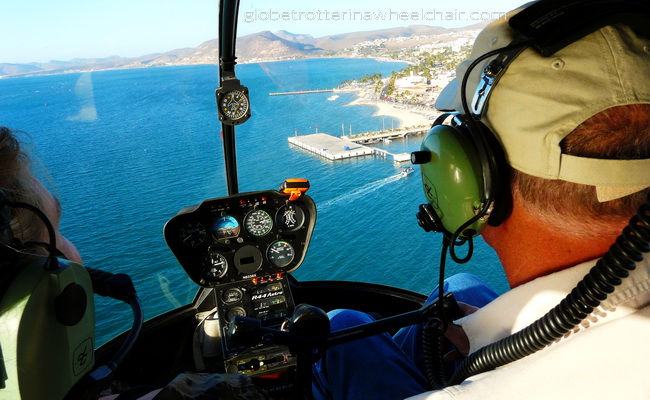 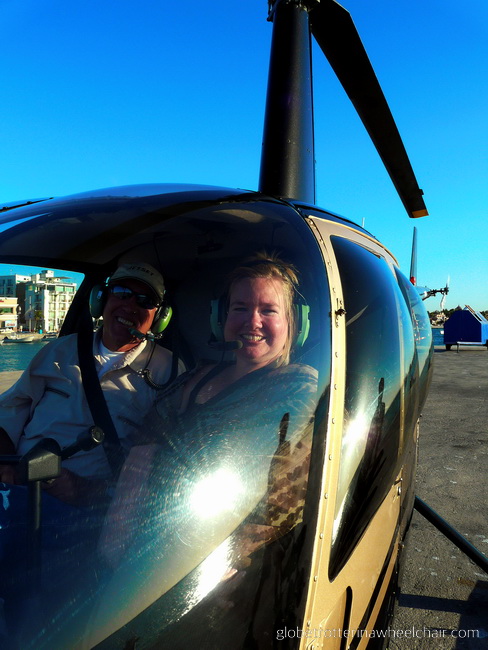 You will get a kick out of the magnificent beaches Balandra and Tecolote.
They are close to La Paz city but I’ll recommend to go by car.
I’ve spent many hours there, and the best part is there are hardly any people. 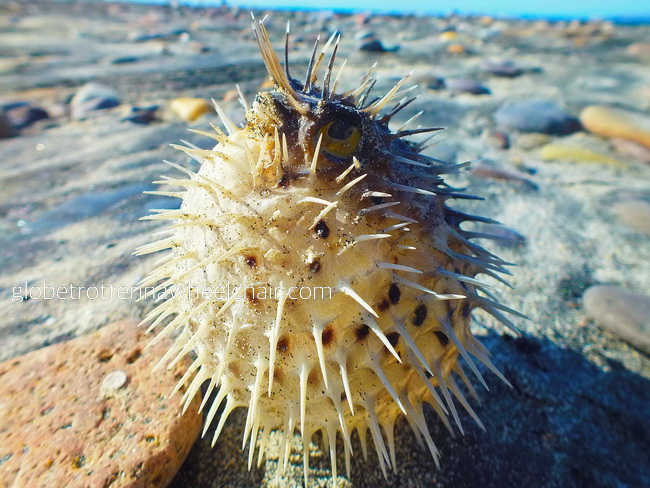