I Shall Not Hate

I Shall Not Hate

These were the words said by by Ronald Reagan at the Brandenburg Gate, June 12, 1987.
In front of 45.000 people the former president appealed: 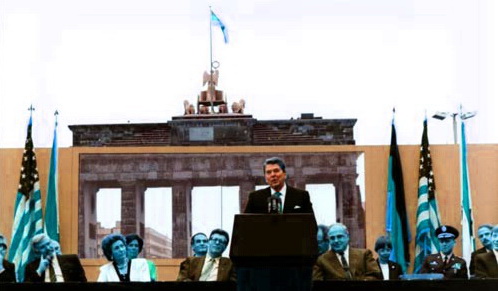 A few years later the wall came down. Today November 9. 2014 it’s 25 years ago the wall came down and it’s well worth celebrating. The Berlin Wall never should have been. As should no walls. .
Unfortunately still today there are walls disturbing the landscapes, dividing  land and people.
Izzeldin Abuelaish, is a Palestinian physician and infertility expert who was born and raised in the Jabalia refugee camp in the Gaza Strip.
The Gaza Strip, here’s a wall that never should have been. No matter what history says the problems have to be solved by communication and not bombs.

Dalai Lama issued eighteen rules for living. I can reveal I do not live by them all, but rule 3 I do everything I can to comply.
Rule 3. says: 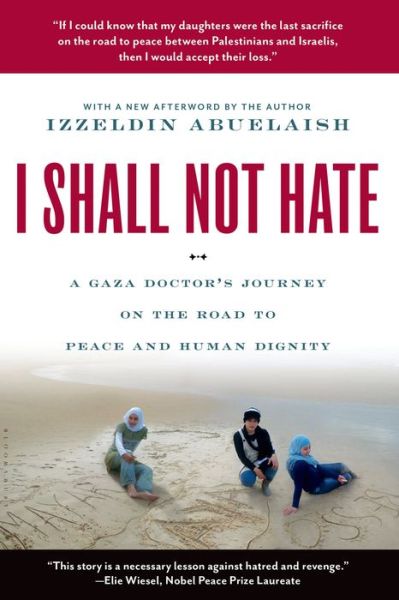 Izzeldin Abuelaish – wrote a memoir called I Shall Not Hate: A Gaza Doctor’s Journey. I’ve just finished reading Izzeldin’s wonderful book and I have to share my thoughts with you.
Because of a longtime concussion I actually heard the book as an audio book which I have enjoyed listening to through my concussion for the past six month. This time was different. The speaker or I might call him a ranter or a wailer was so awful that I actually thought about quitting the book after the first sentence.

Luckily I didn’t.
Though I must admit Mr. Abuelaish is not the best author I have read, but I enjoyed his story with all my heart. I wept with him, laughed with him and I was horrified with him.

“Most of the world has heard of the Gaza Strip,” as Abuelaish says, “but few know what it’s like to live here, blockaded, impoverished, year after year, decade after decade.”

Abuelaish portrays everyday life in Gaza and tells the remarkable story of how he came to be the first Palestinian doctor to be on staff at an Israeli hospital. The tortured politics of Palestine, Israel, and the Middle East” are rendered by his personal accounts of the humiliation, the fear, the physical difficulty of border checkpoints and bulldozed homes.

Being a traveler I could not help feeling privileged going through Abuelaish’s book. Besides from having my freedom and SO much more, I can travel whenever and wherever I feel like.

No Palestinian from Gaza enjoy traveling. They will only travel if absolutely necessary. The few people who do travel might be people who are so sick that they can get no treatment in Gaza.
Some students studying at universities in other countries.
And businessmen who are trying to keep up the appearance of making himself and others believe that he is a real businessman with a regular job.

Well-known in Israel for his advocacy of medical collaboration as a way to humanize Palestinians’ and Israelis’ perceptions of each other, Abuelaish felt confident that the Israeli tank sitting outside his window would not target his home.

Among the Palestinian civilian dead were Izzeldin Abuelaish’s three daughters and his niece. Four months earlier, his wife, mother of his eight children, had died from acute leukemia after a very brief illness. Now, during an Israeli air strike, two rockets were fired at Dr. Abuelaish’s home, smashing into his daughters’ bedroom.

“There was a monstrous explosion …I realized the explosion had come from my daughters’ bedroom…The sight in front of me was something I hope no other person ever has to witness – the body parts of my daughters and niece.”

Rather than succumb to bitterness and recrimination, Abuelaish has memorialized his daughters in this affecting memoir and has continued to work to advance the cause of peace in his homeland.

Today Izzeldin Abuelaish lives with his family in Canada, where he is an associate professor at the Dalla Lana School of Public Health at the University of Toronto. His Web site and foundation can be found at this organisation

“I do not hate” is a touching and at the same time the story of a troubled corner of the world where vengeance and intransigence too often set the agenda. If you have have any concern how it is living in the Gaza Strip this book is highly recommended.