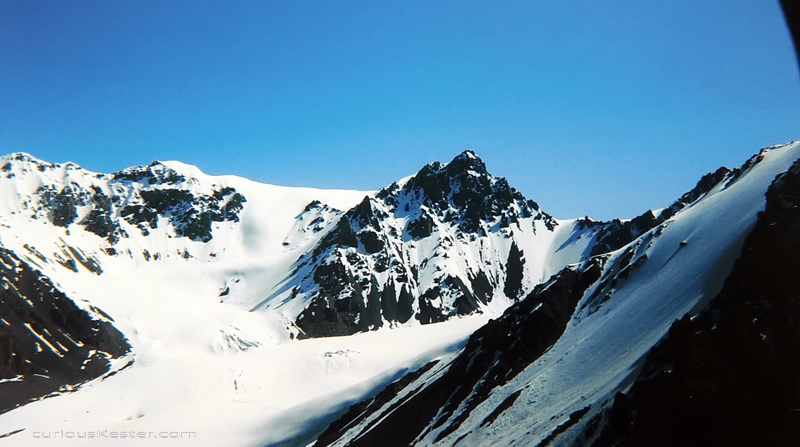 This is my story about my first time in helicopter, and we are going a bit back in time.

Now, Kazakhstan and Kyrgyzstan may not be the most obvious tourist destinations, at least it wasn’t in 1992.

Nevertheless I was there and are among the first tourists in both countries, which both has just become independent about half a year before.

If the internet and the blogging world existed 23 years ago, this post would have been written back then. But it didn’t. Well the Internet existed off course but only for a few. And I don’t think the blogging would was even thought of back then. 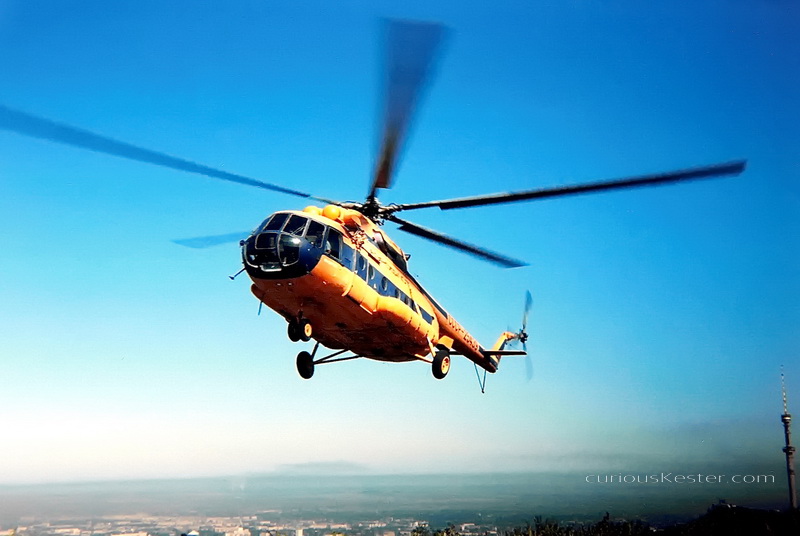 The wind from the rotor when it was landing, was so strong that it swept the feet away under a guy and he landed several meters away, only to be stopped by a tree.

Building huts and hunted by Interpol

To tell you briefly; my husband and I are joining a trip together with a group of scouts from Denmark. The idea for them was to travel to and build some huts for the poor in Kyrgyzstan. People were poor even before independence, now they got freedom to be their own nation but they are still poor.

Since I will not be of much benefit with the cabin construction, I am assigned to take care of the children of the scouts or the construction workers we might call them.
The building of the huts however, never materialized.

It turned out, according to a Danish newspaper; that the organizer of the whole event was a crook and wanted by not only the Danish police, but also by Interpol.
All this we didn’t find out until three months after a successful trip, and we were back in Denmark.
The trip to Kyrgyzstan and Kazakhstan is all in all a wonderful trip but it includes lost luggage, tears from the less traveled people and a hard journey across former Soviet Union which in 1992 could be a hard country to travel through. I’ll tell you more about that in another post. 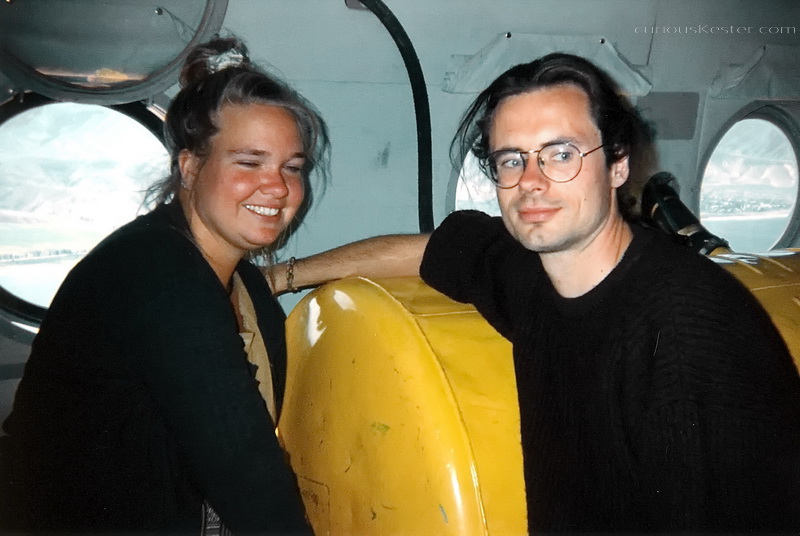 Despite the fact that the buildings never emerge, we were 90 Danes who had a terrific trip.

One of the things planned, was flying with a helicopter from Kazakhstan to Kyrgyzstan over the Tian Shan Mountains to Issyk-Kul, the famous mountain lake in Kyrgyzstan.
It was an impressive and magnificent trip. Even though it almost never happened. The helicopter was out of fuel and was it possible to get any? These and a lot of other questions alike is not uncommon to a country that just got independence.
It was my first trip ever in a helicopter, and what a beautiful helicopter to start out with. It did not take long before I knew that did I not have a handicap, I would definitely be a helicopter pilot.

The helicopter is an old Russian military helicopter. It is tremendously big and noisy, yet it is one of the most impressive sight my 23 year old eyes have seen and experienced. The roaring from the engine, the 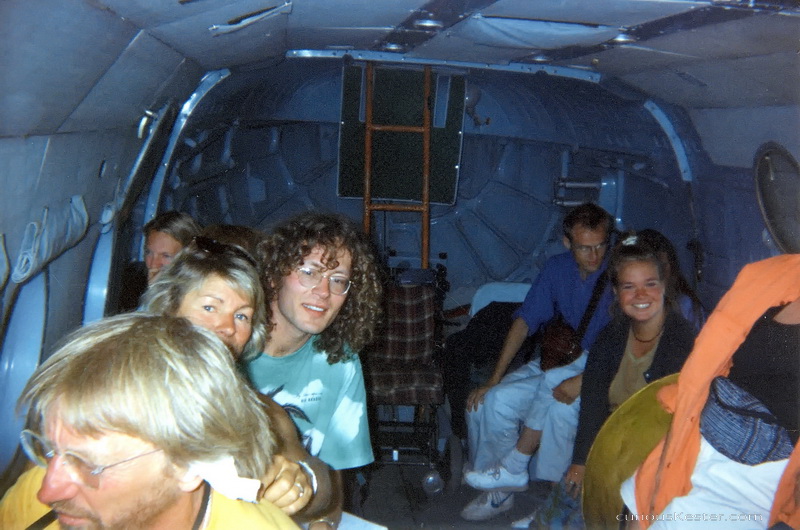 shaking and bouncing in the air, all made it even better.

I am 23 years old, I fly over the Tian Shan Mountains, and I feel the force from the huge machine that brings us from Kazakhstan to Kyrgyzstan.
I was impressed as a child.When we land in Kazakhstan we are going to visit a nomadic people, and this visit was something I have been looking real forward to. But my thoughts about nomadic people disappeared like snow in the sun, and my interests is now only focused on the helicopter and its impressive ability to dance through the countryside with the high peaks outside the windows; the Tian Shan Mountains are covered in snow.

Landing near Issyk-Kul, we are greeted by old dusty fighter planes, obviously on an abandoned airfield. They looked like they have been long forgotten like a pair of dirty old socks, waiting in the shades of some trees to be remembered. 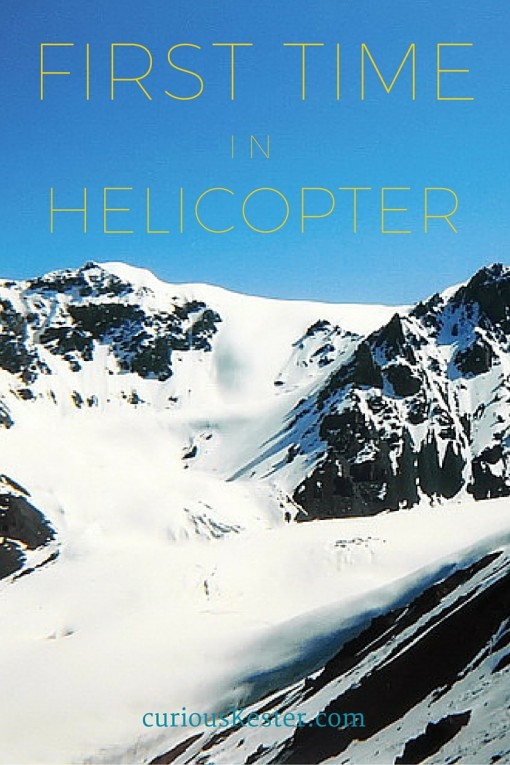 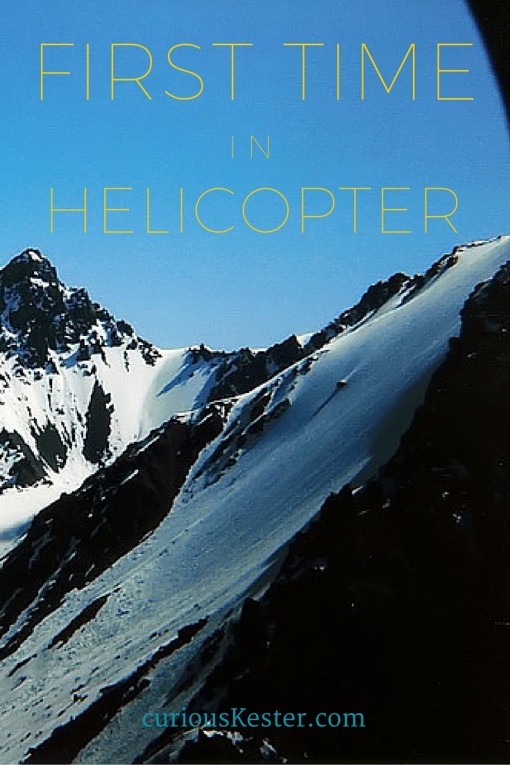