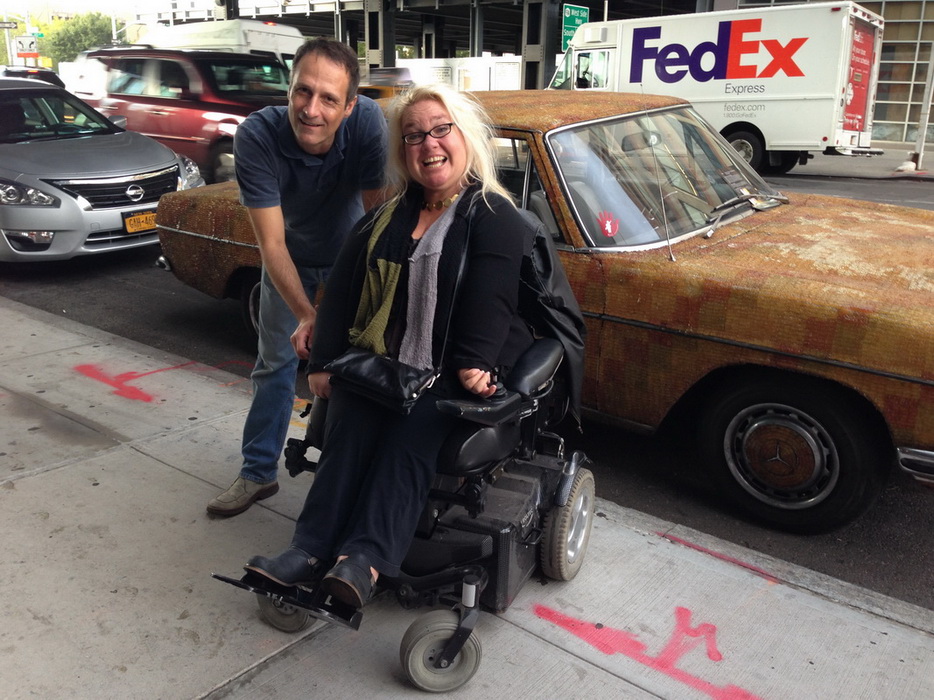 In late September I was roaming the streets of NYC with Dieter.
I had just been to the opening of my art exhibition a few days before and the thrill and excitement was still bubbling in my stomach. I went with bus 102 – subway 2 and A heading for The Hihgline when I see a gummy-bear car… and not just any gummy-bear car but a Mercedes gummy-bear car…
WHAT? what is that all about?

A guy comes over.. it’s ‎Guenther Siraky from Munich. He is the owner of this fantastic yet crazy gummy-bear car.. We talk for a long time and Guenther tells me many crazy stories about his gummybear car and his art project. 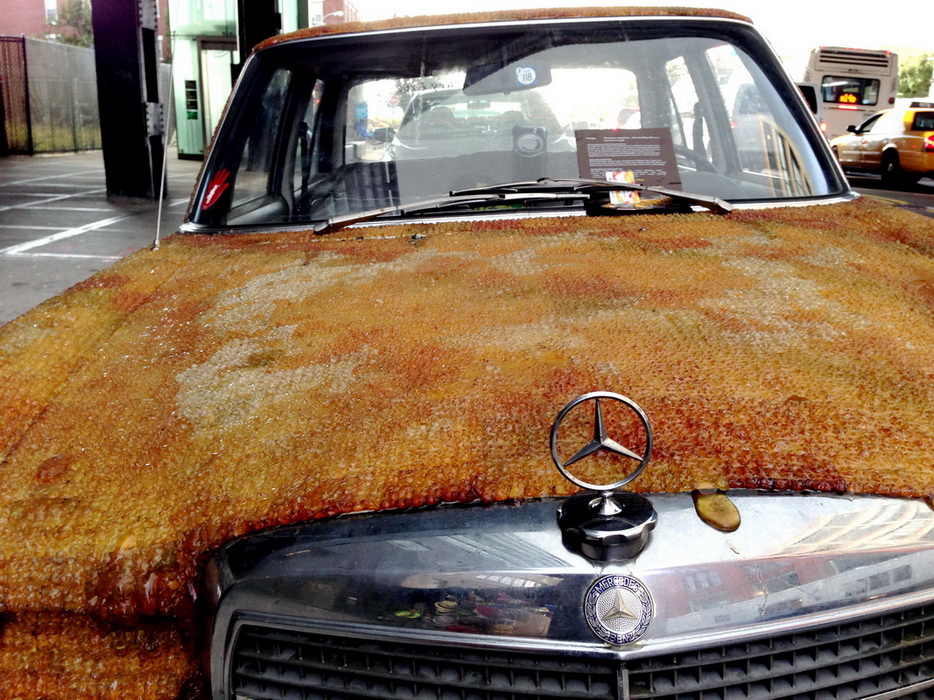